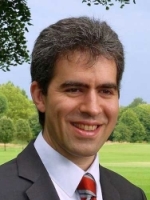 Chair and Head of the Munich Center for Mathematical Philosophy

Christian List joined LMU in January 2021, taking up the newly created Chair in Philosophy and Decision Theory. He was previously Professor of Philosophy and Political Science at the London School of Economics, where he remains a Visiting Professor. He works at the intersection of philosophy, economics, and political science, with a particular focus on individual and collective decision-making and the nature of intentional agency. A growing part of his work also addresses metaphysical questions, e.g., about free will, causation, probability, and the relationship between “micro” and “macro” levels of analysis in the human and social sciences.

A graduate of the University of Oxford, he held visiting or research positions at Oxford, the Australian National University, Princeton University, Harvard University, MIT, the University of Konstanz, the Swedish Collegium for Advanced Study, and Goethe-Universität Frankfurt. He received a number of awards for his work, including a Philip Leverhulme Prize in Philosophy (2007), the Social Choice and Welfare Prize (2010, jointly with Franz Dietrich), a Leverhulme Major Research Fellowship (2013-2016), and the Joseph B. Gittler Award of the American Philosophical Association (2020). He is a Fellow of the British Academy (elected in 2014). More information and downloadable papers can be found on his webpage at: http://christianlist.net.

Here you find a full list of downloadable papers.